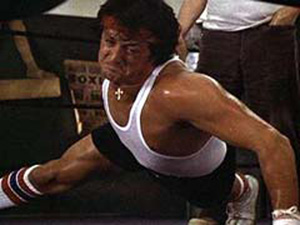 Bodyweight training goes back thousands of years and was the chosen training method for the Greeks, Romains and Navy SEALS and has been a consistent component of nearly every military organization from past to present.  Outside of being used in the training of the world’s greatest warriors, bodyweight exercises continue to be used in the athletic training world and is a key component of many of the best fat loss and muscle gain workouts available. Bodyweight training is simple terms is any exercise that involves using the body as a means of resistance against gravity. Common types of bodyweight training include calisthenics exercises, like sit-ups and push-ups; plyometrics to improve explosive power and yoga emphasizing a mind body connection.

Bodyweight training became popular because of its inexpensive nature, the inherent convenience of not needing any equipment and being able to perform these exercises anywhere.  While there are plenty of different methods and fitness equipment to choose from, bodyweight training still has advantages over traditional training options.  Because of individual differences in size and strength, it is difficult to construct strength training machines to accommodate everyone’s needs and shape, while bodyweight training is unique to that individual.

The biggest disadvantage to bodyweight training is that it is perceived as too easy for the experienced trainee and too hard for the beginner.  However, with proper exercise execution and knowledge it is possible to develop a bodyweight only training program to fit anyone’s needs. A perfect example is the plank exercise. The plank exercise is an isometric core strength exercise that involves maintaining a strict straight position for extended periods of time. The most common plank is the front plank which is held in a push-up position with the body's weight on forearms, elbows, and toes. No sagging at the hips or flaring up of the butt is permitted. Typically the way to increase the intensity of the exercise was to increase the time. Plank for 10sec, then 20sec and so on.

Another way to increase the difficulty is to remove an arm or leg and hold the same position on three body parts. By lifting a leg or arm off the ground it reduces the base of support and makes the core work more at the same time adding variety and excitement to an otherwise mundane exercise.

Bodyweight training is not only effective in its own, but when added to a program involving weights, increases efficacy as well. External loads can also be added to exercises like planks, dips, push-ups and pull-ups to challenge the strongest of athletes.  Many people feel they need specialized exercise equipment to reach their goals, but the most effective and most underutilized piece of equipment you already own.