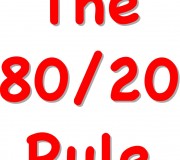 The Pareto Principle was inspired by the Italian economist Vilfredo Pareto. Pareto was one of the first to analyze economics using statistics. In the late 1800s, he observed that 80 percent of the land in Italy was owned by 20 percent of the population. Later, while gardening, he noted that 20 percent of the peapods [...] 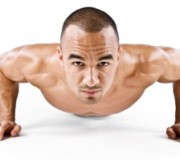 Before cable machines and Bose balls, even before kettle bells and dumbbells people trained using their own bodyweight. Although this type of training developed out of necessity it has stood the test of time. Bodyweight training goes back thousands of years and was the chosen training method for the Greeks, Romains and Navy SEALS and [...]