It’s good for you bones: One of the many benefits of strength training is the ability to develop stronger, tougher bones. Gym rats will tell you about how resistance training causes micro trauma to the muscle, and then during rest the muscle is able to rebuild becoming slightly stronger and bigger. Well, the same applies to your bones. 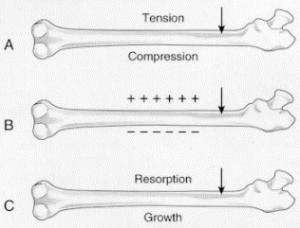 Wolff’s Law is a theory developed by the German anatomist and surgeon Julius Wolff in the 19th century, it states that bone in a healthy person will adapt to the loads under which it is placed. If loading on a bone increases, the bone will remodel itself in time to become stronger to resist that same sort of loading.

The term, minimal essential strain (MES) refers to the stimulus needed to initiate new bone growth. Once this requirement is achieved, the same force will not be enough to cause MES. This is why the principle of Progressive Overload is so important. You must continually change the intensity (weight), direction of pull (different exercises or angles) and use full body exercises that require the use of many muscles and allow heavier loads.

Not only does resistance training increase bone mass, but it also increases bone mineral density, or the quality on minerals deposited in the bone.

It makes work better: A recent study, published in The Journal of Strength and Conditioning Research, found that women from occupations with a high rate of muscle pain and discomfort and gave them one exercise; the kettlebell swing. Including a 5-10 minute warm up the entire workout only lasted 20 minutes and was done three days a week.

After eight weeks of kettlebell-swing training, the employees that did the swings saw results. Nearly 80 percent saw improvements in muscle strength based on self-reports. The training group also enjoyed the training, which is a key to any successful training program. “Eight weeks of kettlebell training can improve job satisfaction, socializing with colleagues, and general wellness,” according to the study.

Exercise can help employers too. In the same study, the authors note, “these observations could have a direct effect on overall well-being and corporation productivity, whereas long-term effects could be decreased sick leave and employee turnover rate.”

It can be fun: In a study published by the Journal of Applied Physiology, Nutrition, and Metabolism, college-aged women tested traditional treadmill cardio against a fast-paced bodyweight workout. 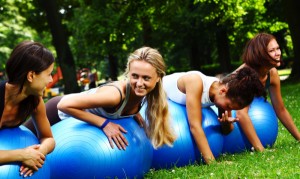 Both groups saw improvements, but “data demonstrates that although improvements in cardiovascular fitness are induced by both endurance (treadmill running) and extremely low volume interval-style training (fast-paced bodyweight training) imparted addition benefit in the form of improved muscle endurance.”

“Perceived enjoyment of, and intentions to engage in, very low volume, high-intensity, whole-body interval exercise (fast-paced bodyweight training) were both increased following training.” Basically, the women got better results plus they also liked and intended to continue the fast-paced, bodyweight training over the treadmill running. Not to say that the treadmill is bad my any means. Plenty of people enjoy it, however if you have never tried strength training before you might actually like it.