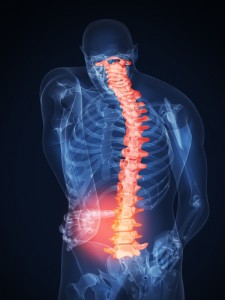 The first reason listed by club members was to prevent injury. However, the use of back belts in the workplace is controversial.  It appears that for healthy workers wearing belts may not reduce injury, but actually increase the risk of injury. A study by Kraus and colleagues surveyed nearly 36,000 Home Depot employees over a 5 year span, during which a mandatory back belt policy was enforced.  There was a 27% increase in low back injury for those workers employed longer than 4 years. Another study found that the injuries workers get while wearing back belts cost more than the injuries sustained while not wearing a belt.

One reason people may get injured while wearing a back belts in a false sense of security. Instead of focusing on proper form and requiring a certain degree of strength, the belt can act as a Band-Aid and cover-up a weakness. However over time, like the Home Depot study demonstrates, that weakness can turn into injury. The same idea relates to the gym. This is why proper form and total body strength is so important and one reason why belts for most people shouldn’t be considered a long term solution.

The seconder reason given for wearing a lifting belt was increasing performance.  Wearing a belt will help you lift more weight on certain lifts like deadlifting. Lifting more weight is great for increasing muscle mass and strength, no question.  The question is at what cost? If the core is the weak link, it would be wise to first work on that. The primary function of the core, including the rectus abdominis ( 6 pack) and low back, work to stabilize the core. The core is the body’s own lifting belt and the reason the abs form a “6 pack” that is unique all to its own. Core strength is paramount not only for sports but daily life as well.  Many of the best athletes are not the absolute strongest or fastest, but the most well rounded.

Referring back the study out of the Mayo Clinic, based on the author’s observation, “Many belt users were found to utilize belts during inappropriate situations such as lifting light loads or during exercises that do not typically stress the [core] musculature. Based on these findings we suggest that specific educational interventions be developed at health and fitness facilities to help provide a foundation for more informed decision-making regarding weight belt use”, hence this article.

For healthy individuals with no history of back pain, wearing a belt is probably unnecessary. The only time I would recommend wearing a belt at the gym is during maximum effort lifts like powerlifting. For most people just wanting to look good and stay healthy, training without a back belt is the way to go. Although for some the belt may be necessary, like those with past injury, strength or post rehab issues; for most healthy people the goal should be to strengthen the core by preforming total body lifts without a belt. Ask for doctor prior to starting any exercise program or if you are unsure about your specific issues.