In the recent years nothing has made quite the comeback like kettlebell training. A kettlebell is a cast-iron weight that resembles a cannonball with a handle and unlike a dumbbell , the unique way the weight is distributed it allows for momentum and many total body dynamic exercises. Total body dynamic exercises have been shown to burn the most amount of calories during and after the workout session. Kettlebells are nothing new, in the 1700s kettlebells were used as counterweights for Russian farm equipment. As Russian farm workers began working with them they realized the possible as a  fitness tool. 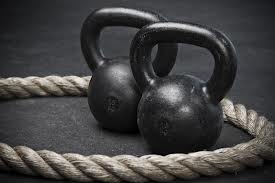 The kettlebell's popularity spread throughout Russia, and by the 1940s, lifting them would become the country's national sport. Competitive kettlebell lifting has a long history in Russia but started being organized as a standard sport under the name Girevoy.  Soon Russian power lifters were not the only ones using them, it wasn’t long before the Olympic team, military and special forces started training with kettlebells. In recent years, various athletes and public personalities have helped spread their popularity, along with several different certification bodies including the Russian Kettlebell Challenge (RKC) and the International Kettlebell and Fitness Federation (IKFF). Although Kettlebell training has stood the test of time, there was limited research to back out the claims of increases in strength, flexibility, cardiorespiratory endurance and decreasing  body fat.

In order to better understand the metabolic demand of kettlebell training researchers at the University of Wisconsin, La Crosse Health and Exercise department tested the kettlebell snatch. The Kettlebell snatch is a total body move the swings the kettlebell overhead. The subjects, men and women between the ages of 29-46 years old, continuously performed kettlebell snatches to a certain rhythm during a 20-minute period. The study funded by the American Council on Exercise found that, “In terms of calorie burning, these results are equivalent to running a six-minute mile pace, or cross-country skiing uphill at a fast pace”.

The authors went on to state that, ““Overall, kettlebells use can produce remarkable results, which is what virtually all fitness enthusiasts look to get from their workouts. Kettlebells not only offer resistance training benefits, they also will ultimately help people burn calories, lose weight, and enhance their functional performance capabilities.”

Although, everyone doesn’t agree that kettlebells are superior to others forms of exercise. Another study performed out of California State University, Fullerton Department of Kinesiology found that traditional weightlifting out preformed the kettlebell. Both improved back squat strength and vertical jump, but lead researchers to quote that, “weightlifting exercises are more effective for strength development”.

The reason I like to use kettlebells isn’t so much as to the supposed effectiveness, but more for the ease of use.  Because of the handle, the weight is much easier for most my clients to hold. Also, for trainees not accustom to lifting weights, kettlebells can be less intimidating and allow people to work harder than they might otherwise. Recommended starting weights for recreational weight lifters beginning kettlebell exercies are 8kg (18lbs) for women and 16kg (35lbs) for men. I would also highly recommend gradually adding volume over time to avoid any overuse injuries. 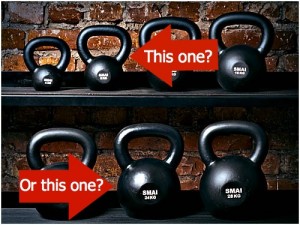 If you are not familiar with the kettlebell exercises, seek someone that is and learn the proper form to avoid injury. The kettlebell has made a resurgence in recent years and for good reason, it works! If you want to mix things up, or have never exercised before, kettlebell training may be a viable training option.